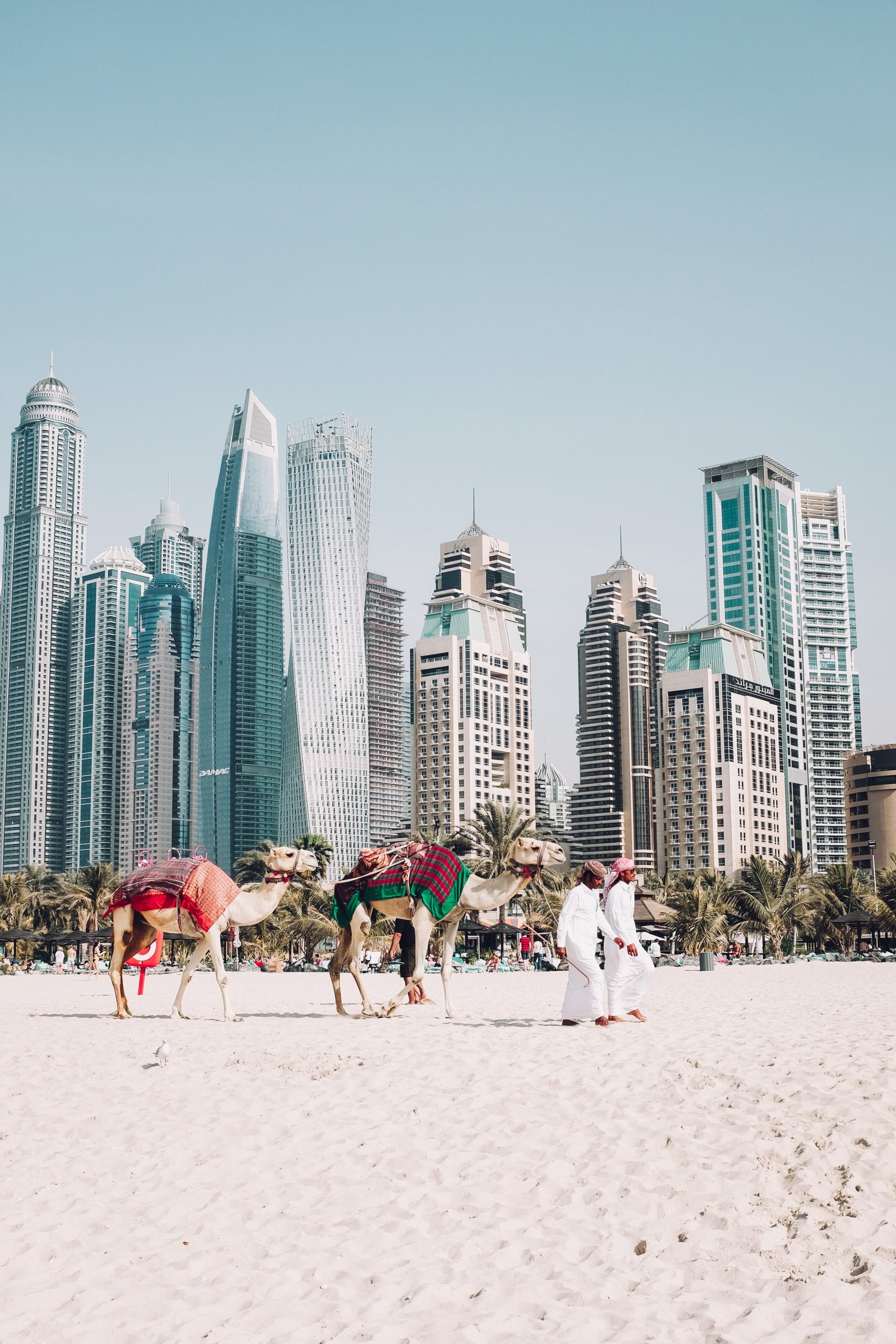 When picturing the city of Dubai, many people conjure up images of wealth and opulence. Although one of the most cosmopolitan cities in the world, Dubai is also the home to a significant amount of dating scams.

If you’ve met someone online who lives in Dubai and wants to enter into a romantic relationship, or if you’ve already begun a relationship with someone like that, here’s what you need to know.

What is Dubai’s Connection to Romance Scams?

Home to over three million people, and visited annually by 12 million more, Dubai is internationally famous as a vibrant hub for oil, business, construction, and tourism. But while the average income is high, not all residents share in the city’s economic benefits.

Although Dubai doesn’t release official statistics, an estimated 19.5% of the population lives in poverty. Many are migrant workers, typically from India, Bangladesh, Pakistan, Egypt, and the Philippines. Driven by low wages and debt, a fairly substantial number of these workers turn to online fraud and romance scams.

Another reason Dubai is so frequently connected to online scams is that most people don’t know about its level of poverty. Folks frequently assume all of its residents are wealthy. Unlike many African and Eastern European countries, which have developed a reputation for romance scams, many people don’t associate online fraud with Dubai.

Unfortunately, online fraud is on the rise. In 2016, fraudsters took $75 million from unsuspecting victims, but that number tripled to over $300 million by 2020. Scammers target not only users of dating sites, but also social media sites such as Facebook and Instagram.

First, the scammer will create a fake profile. They’ll use this profile to reach out to potential victims. The profile will likely appear normal, although it likely won’t contain much detail or many photos.

Many online scammers pose as American citizens who are temporarily living in another country. Typical stories used to explain this living situation include:

Aside from posing as Americans, some Dubai scammers will pretend to be a wealthy businessman or even royalty.

Romance scams move quickly. The scammer will push to advance the relationship forward. They’ll profess their love and express their desire to enter into an exclusive, serious partnership. Talk of future marriage is also common.All this attention can feel incredibly flattering.

The scammer will show intense interest in the victim, asking them all sorts of questions about their life. Unfortunately, the scammer’s real goal is to learn information that can help them manipulate the victim and possibly even break into financial accounts.

Another strategy scammers often employ is to ask if they can communicate with the victim through a new channel, such as via text message or personal email. Dating sites typically have features in place to help protect your privacy when messaging within the site. However, if a scammer gets access to a victim’s email address or phone number, they can potentially use that information to access financial and personal records.

After the “relationship” is established, the scammer will accelerate the scam with a request for money. Typically, they’ll claim some type of emergency occurred. Common reasons why the scammer will say they need money include:

In many cases, the scammer will ask for a loan instead of a gift. They’ll say that, although they have money, they can’t access their funds at the moment.

Scammers will often take advantage of the victim’s lack of knowledge about Dubai. They’ll tell complicated, confusing stories about funds locked away by the government and how they need to pay a fee to enable access. If the victim doesn’t know anything about Dubai’s financial laws, these sometimes far-fetched stories can sound much more believable.

From that point forward, the scammer will likely continue to tell stories in an attempt to receive more money. Unfortunately, some victims continue to send money until their bank accounts are completely drained. Even worse, the money lost is practically impossible to recover.

Treat every potential romantic partner you meet online with a healthy dose of skepticism. Try to confirm their identity by putting their name into a search engine. You can also reverse-image search their photo.

Additionally, allow the relationship to develop slowly. Romance scams work in part because the scammers pressure victims to make sudden decisions about financial issues. By slowing down the relationship, you have time to watch for any of the warning signs described above.

Finally, never send money to someone you haven’t met in person. If someone who you know only through an online platform asks for money, that’s a clear sign they’re a scammer.

An effective romance scam can not only leave victims with an empty bank account, but also a broken heart. Fortunately, understanding how these dating scams work, and what warning signs to watch for, can help keep you safe.